Born from a star, Mauritius elegantly extends its beaches of white sands into the lagoons of emerald color. This beautiful island offers an expedition, at the heart of its roots, its cultures and its traditions. Travel lovers will find a place of discovery, fun and change of scenery. We invite you to make a trip through our mixity, our generous cuisine and our captivating music. 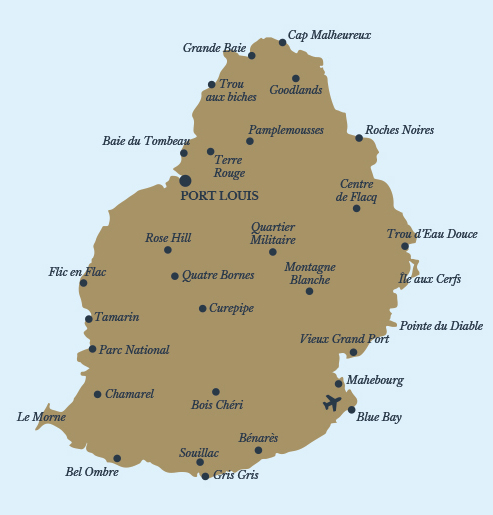 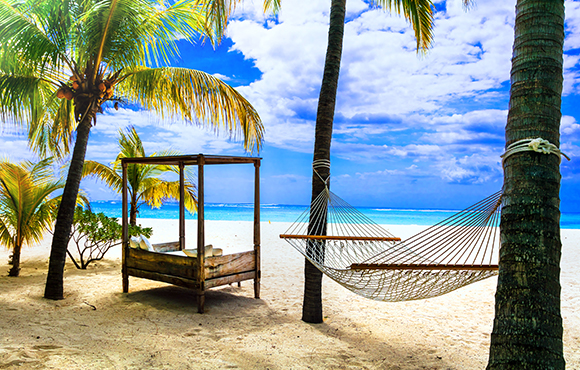 The island is in the southern hemisphere. There are only two seasons, summer and winter. So when it’s winter in Europe, it’s hot here and vice versa for the summer. So expect to spend Christmas and New Year in bikinis and swim shorts. On average, the temperature in summer (from October to April), varies from 24 to 28 degrees on the central plateau and 25 to 33 degrees on the coast. In winter (May to September), it is a little cooler; from 13 to 23 degrees on the heights and from 20 to 24 degrees on the coast.

English is the official language of the country. The whole administrative procedure, the debates in Parliament, the courts, all the laws, the studies at school, are done in English. However, French remains the heart language of Mauritians. Since small, locals speak French, because everyone speaks Creole, which is a dialect created by masters and their slaves to communicate. In villages, another dialect has emerged, the Bhojpuri. It’s a mix of Hindi and Creole.

The local currency is the Mauritian rupee. There are foreign exchange offices everywhere and it is easy to change most of the world’s currencies.

No vaccine is required for travelers coming from Europe unless the person comes from an infected area. For those who come to emigrate, a whole battery of test will be asked.

There are 5 major cities in the center of the island; Port-Louis, the capital, Beau-Bassin / Rose-Hill, Vacoas / Phoenix, Curepipe and Quatre-Bornes. On the coast, you will discover small fishing villages, such as Le Morne, Mahebourg, Cap-Malheureux and many others.

The most frequently used means of transport are buses serving all major cities and villages. It is not very expensive. However, have patience because schedules are not fixed, especially in rural areas. An another mean of transport is the taxi. You will find it easily on your arrival. However, it is more difficult to stop one in the street.

Mauritius has kept the English habits. You drive on the left, giving priority to the right. Be careful, the drivers drive roughly. If you’re on a bike, be careful, the buses pass by very fast.

Mauritius has an area of 1865km2. There are three mountain ranges: Port Louis / Moka Range, Black River / Savanna Range and the Grand Port Range. The highest mountain is the Piton de la Petite Black River which rises to 828 meters. The south is made of mountains and valleys and the north is flat.

The Mauritian loves to eat. Its cuisine is varied and is a mix of 3 continents, Africa, Asia and Europe. You will find different cuisines in the four corners of the island. The most typical remains that of the street.

The mauritian music, the sega, is born from the suffering of slaves. This music and the songs are the expression of the pain of having been taken away from their land, Africa. Through the years, the sega has evolved a lot. It is now an expression of joy, good humor and celebration.

There are several Mauritian religious festivals that are celebrated in Mauritius. The island is the meeting point for many different communities of faith, hence Hindu, Christian, Muslim, and Chinese festivals, to which are added historical commemorations.