Why not make this special day a unique moment? We make the most important moment of your life, pure happiness…
> Contact us 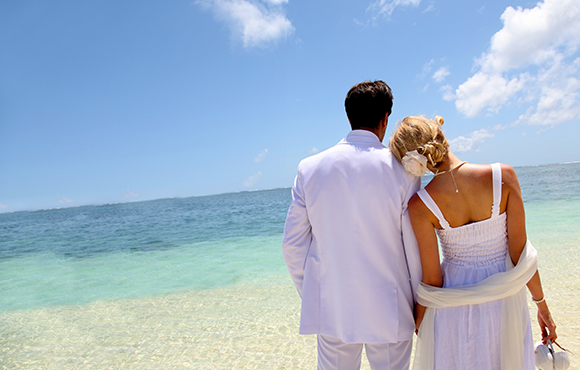 Live an incredible moment, with all the emotion that a magical island can give you… Make us trust and let us create your dream wedding.

At least 2 months and 1/2 before your arrival, it will be necessary that a legible copy of the documents quoted below reaches us, so that we can prepare the preliminary formalities, for you:

– Passport
– Birth certificate of less than 3 months
– ID card
– If one of them has been adopted: an adoption letter must be attached to the file
– Official document if the name has changed
– Divorce decree (if applicable)
– Death certificate & old marriage certificate (if applicable)
– Official agreement of parents in case of minor
– Profession (declaration on honor)
– Proof of French domicile (EDF bill, France Telecom, …)
– Notary certificate of marriage contract if you have signed one before a notary (if this contract is not signed when sending the parts below, thank you to come with the original certificate (2 ex) in Mauritius.

Nota Bene:
– Copies required for each future spouse
– You are requested to bring all the original documents mentioned above when you arrive in Mauritius (be careful, your birth certificates should always be less than 3 months)
– The couple must be in Mauritius at least 3 days before the wedding.
– The documents must be in English or French, otherwise they will have to be translated officially.
– A widow or divorcee is not allowed to remarry less than 300 days after her divorce or widowhood. However, the marriage may be possible, provided that the widow or divorced is subjected to a medical test in Mauritius and that this test confirms that she is not pregnant. In case the test is positive, the marriage can not take place.

– The future spouses have, before the marriage, the choice between three matrimonial regimes:
> 1) The legal regime of the community of property.
> 2) The legal regime of separation of property.
> 3) A conventional scheme established by a notary, in accordance with the common will of the future spouses.
Note: if the couple chooses plan 2 or 3, they will have to present the original of the notary deed to the registrar of marriages celebrating the marriage so that a mention is recorded on the marriage certificate.

Mauritian formalities:
Upon your arrival in Mauritius, we will contact you and accompany you to the registry office closest to your hotel.

Your original documents (passport, birth certificate, …) will be checked, and you will be provided with a certificate of regularity. This step must take place at least 2 days before the wedding date and the publication of the banns will be proceeded within 24 hours.

It’s finally time to celebrate the best day of your life. We will make your dream a unique and unforgettable moment. Give us all the elements so that we can create your perfect wedding.

You do not know if you want a wedding that is totally conventional or that would surprise your guests? To satisfy your desires, opt for a reception at your image in a place out of the ordinary.

Discover the most unusual places in Mauritius to celebrate your wedding. You can get married under water, in a submarine, in a castle or on a catamaran … everything is possible with Mautrips. 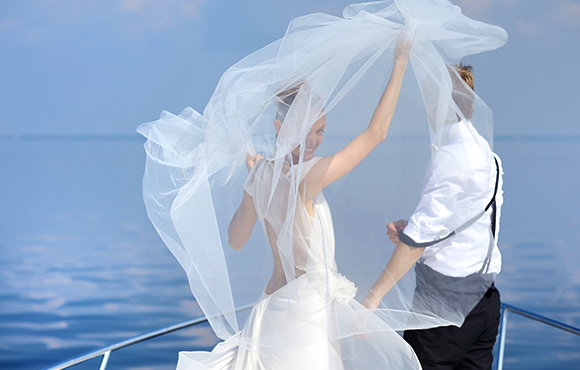 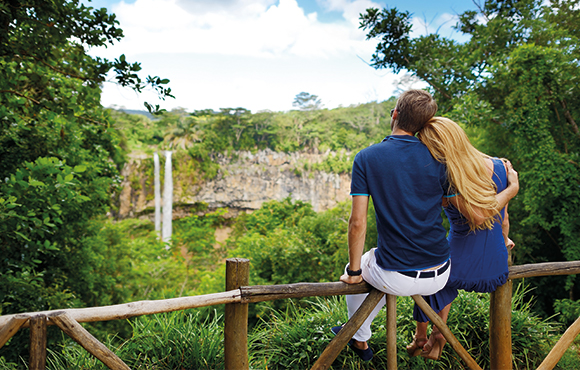 Mauritius is one of the world’s most popular destinations for honeymoons. The island enjoys a mild tropical climate all year round, with temperatures ranging from 20 to 25 degrees Celsius. Mauritius, with its golden beaches, exotic volcanic landforms, lush forests and other special features, is undeniably the ideal destination for fabulous honeymoons.

The haveanly beaches of the island are perfect places to relax and sunbathe. In addition, you can also spend long hours in a romantic setting while admiring the sunsets.

To make it as original as possible and, it goes without saying, perfect, plan your honeymoon well in advance.

Whether in a 5 * hotel, a charming hotel, a luxury villa or an apartment, make the right choice.

Rent a car or a scooter and visit Mauritius at your own pace. Be free!

Live unique moments… Allow us to create your dream honeymoon.